The Oakland Running Festival is excited to have a number of charity groups in the event. Many groups offer great training programs and the opportunity to raise money for worthwhile causes. In 2022, we are raising funds to bring heart warming events to our community such as herbal medicine classes, cooking classes, gardening workshops and larger events such as the Annual Fruit Tree Give Away, Festival of Flowers Mother’s Day Celebration, Unity Park Roller Disco, the Harvest Festival and Winter Solstice Celebration to share the joy of healthy living in ways that everyone can enjoy!

Team Tilth 2022: Run for JOY!
Run for JOY! Improve your own health while helping to raise funds to bring more healthy activities and JOY to our community… In 2022, we 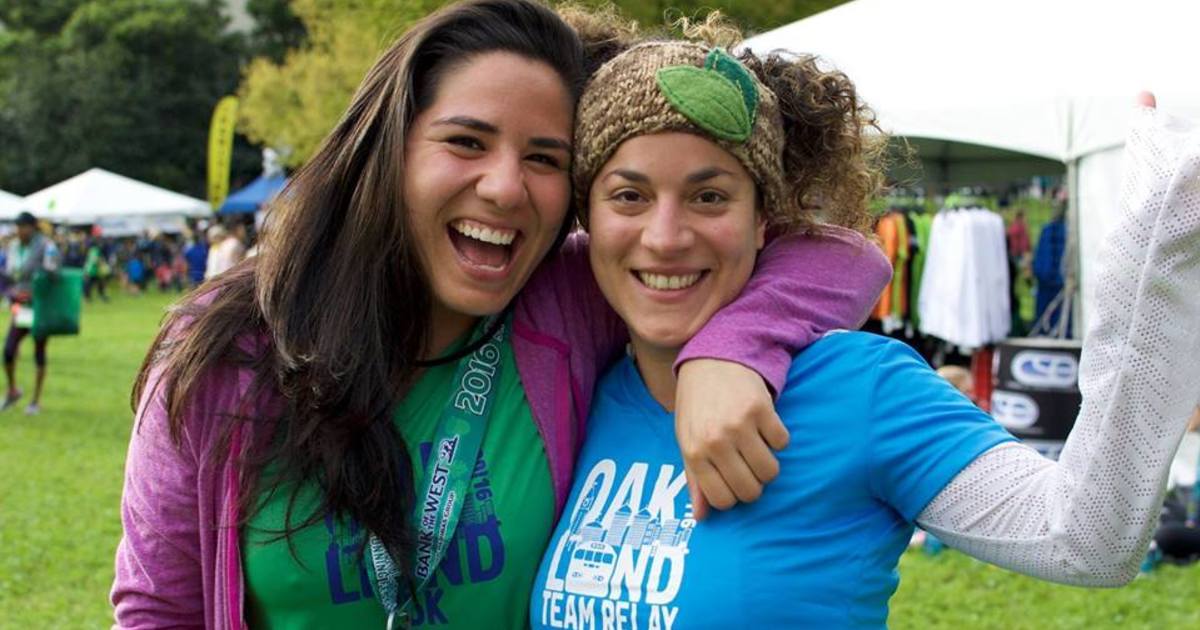 are raising funds to bring heart warming events to our community such as herbal medicine classes. urbantilth.networkforgood.com

This year we are looking for 60+ brave Runners to join TEAM TILTH, Urban Tilth’s 2022 Oakland Running Festival Team. Have fun and get in shape, while supporting Urban Tilth’s mission of creating a more healthy, sustainable and just food system!

Our mission is to help those with neuroendocrine tumors and carcinoid to share challenges and experiences, learn about prognosis and treatments, find information, and improve communications between the medical community, patients and caregivers. By providing opportunities for our members to connect with others who have these rare illnesses we will enable them not only to get their questions answered but also to give and receive emotional support. In addition, we aspire to bring greater awareness to the medical community and the public so as to promote earlier detection and treatment of these often unrecognized illnesses. Asian Health Services, founded in 1974, provides health, social, and advocacy services for all regardless of income, insurance status, immigration status, language, or culture. Our approach to wellbeing focuses on “whole patient health,” which is why we provide more than primary care services, including mental health, case management, nutrition, and dental care to more than 50,000 patients in English and over 14 Asian languages:  Cantonese, Vietnamese, Mandarin, Khmer, Korean, Tagalog, Mien, Lao, Mongolian, Karen, Karenni, Arabic, ASL, and Burmese. We offer medical, dental, and mental health services for all ages.

We also recognize that a patient’s health is directly linked to their social and economic circumstances. That’s why we are dedicated advocates, and we promote policies that make our communities a safer and healthier place to live. Learn more about our work outside the clinic walls through programs and advocacy.

Team Willpower is from Martinez, CA comprises of father Peter pushing his non-verbal autistic son Will in races. Some history. On Sunday, September 28th, 2003, I opened the Contra Costa Times and my eye fell on an article

( I kept the article ) about a father Doug Hansen from Costa Mesa pushing his severely disabled daughter angel in marathons. This article inspired me and changed our lives forever. At that time I was 50 lbs overweight and didn’t exercise. The next day I started walking, a couple of weeks later jogging, changed my diet and soon lost 50 lbs. I got in better shape and started signing up for races as Team Willpower. Real racing joggers were not for sale yet at that time and we bought the biggest available “stroller” to start races with.A couple of years later, when Will grew out of his “race stroller”, a missionary named Neil Donoghue, who did Missionary work in Africa, built Team Willpower a race jogger. With that racejogger Team Willpower ran his first Oakland Half Marathon in 2013. A couple of years later Hoyt (named after Dick and Rick Hoyt) Running Chairs started building race joggers and we bought the racejogger we have today. Team Willpower has completed 5K’s, 10K’s, Half Marathons and a couple of marathons. After contacting Corrigan Sports in 2013 the organization immediately welcomed us to show up for The Oakland Half Marathon. Team Willpower ran the Oakland Half in 2013, 2014, 2015, 2016, 2017 and 2019.

The organization of the Oakland Marathon has been kind, respectful and inclusive to us from the start. The cheering from start to finish, spectators shouting Willpower, Will loving the hype before , during and after the race, runners cheering for us and loving Will and a race well organized keeps bringing Team Willpower back to Oakland. Outside running Will also loves Disneyland ( his favorite ride is It’s a small world ), The YMCA (The elliptical, but we start calling it The Williptical, horseback riding, swimming, milkshakes, ice creams and much more.

Life is a race with many obstacles, but when love prevails, the obstacles will disappear.

Will and Peter Mulders Empower the youth via workshops by experienced community minded elders.

Elders of the BloQK is a 501(c)3 dedicated to providing knowledge and hands on experience to all children around the world.

The experiences intended are a well rounded collection of 64 workshops that we believe embody the heart and soul of a grass roots community. Elders of the BloQK is working towards this mission by reinstating the concept of the elder with focus on Women as our lead voice. We will be working with both the elders and the children to better understand the importance of health in a productive/supportive community lifestyle.

On March 20, 2022 Scribe Sayar, the CEO of our organization, will be running his first marathon (26.2 miles).What’s so big about that? Scribe will be running the whole marathon backwards without any prep or training. Scribe will also attempt to accomplish this challenge under 6.5 hours! Can he do it???